The Rescue Michigan Coalition was founded in 2021 to reclaim the lost liberties of the people of Michigan, rebuild our shattered communities, and restore the constitutional order of representational government in Michigan.

The central element of our organizational mission is grassroots empowerment: providing all grassroots leaders in Michigan with the tools, training, and online community to be at our most effective.

To that end, the Rescue Michigan Coalition encourages all grassroots leaders to use these tools to support their personal political endeavors to the greatest extent possible, but we also bring our own strategic vision of unifying statewide policy projects, namely: 1) Restoring clean elections in Michigan and 2) Re-opening our state once and for all by putting an end to the last law the governor has relied on to act as a dictator: the public health code.

As to the former, the Rescue Michigan Coalition has released a comprehensive election reform plan to restore integrity in state elections, the first of its kind.

The plan, which contains more than twelve major reforms to Michigan's election law in a single bill, could be passed without being subject to veto by Governor Gretchen Whitmer – if initiated by a petition of Michigan citizens. The Rescue Michigan grassroots action center will serve as the headquarters for this historic reform project that will secure our elections and protect our democracy.

The plan requires that citizens initiate the law to make it "veto proof" – not subject to Gretchen Whitmer's veto – which requires a considerable number of signatures.

However, the 2020 citizen-initiated law to repeal the Emergency Powers of Governor Act was tremendously successful, and these efforts will get easier every time.

Our “Grassroots HQ” contains sophisticated, enhanced voter files, which includes detailed information on one to three thousand registered voters in each precinct. It is connected to a customizable database giving you the tools to lead on every issue. Patriotic activists are invited to use the action center on other issues besides electoral reform. The petitioning tool, call center, customizable calendar, legislative email tool, dynamic blog, and templates for handouts are perfect to use for any campaign.

Join Rescue Michigan, the movement that is restoring power into the hands of We the People today! 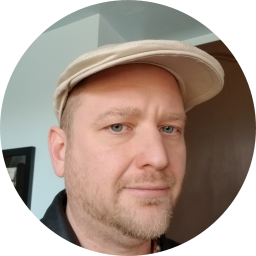 Adam de Angeli has been active in every aspect of Michigan politics as a professional and a volunteer for over 13 years, working in both the legislative and political arenas.

A passionate supporter of liberty and American greatness, Adam has always been selective and taken care to work for "the good guys": serious, genuine, principled conservatives.

Adam's background in grassroots organizing began as a software engineer for the Ron Paul presidential campaign in 2008, where Adam developed software similar to the Rescue Michigan platform to outfit grassroots leaders with tools, training, and voter files.

Most recently, Adam worked for three years as legislative director for Representative John Reilly, widely regarded as the most conservative member of the legislature, where Representative Reilly and Adam led legislative efforts on many of the most important issues facing Michigan today: free speech (on campus as well as on social media), health freedom, 2nd Amendment rights, and education freedom.

Adam and Rep. Reilly took on some of the most powerful interests in Lansing, including the energy monopoly, the health care monopoly, and the corporate welfare industry. Adam left Lansing when Governor Whitmer assumed dictatorial power and pushed aside the legislature to dedicate his efforts to restoring the stolen liberty of the people of Michigan, working on the political side once again.

He was the source of the groundbreaking information released in "#DetroitLeaks", which exposed the corruption of the November 2020 election in Detroit before it actually occurred. The evidence he documented became the basis for a successful lawsuit (one of the only successful lawsuits related to the 2020 election) against the Secretary of State, which found her policy of exploiting social distancing rules to impede poll challengers to be unlawful.

Adam de Angeli brings a depth of knowledge and experience with all aspects of Michigan politics, from legislative work to campaign expertise. At Rescue Michigan, Adam finds himself right where he started: building the tools for grassroots activists to be as effective as they can be. 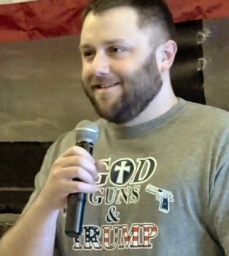 Shane Trejo is a journalist for BigLeaguePolitics.com and in addition to providing extensive coverage to the groundbreaking #DetroitLeaks" story where all other media failed, Shane served as a crucial witness to the fraud as the infamous "3am delivery" of absentee ballots were delivered to the TCF Center in Detroit on election night.

Shane has been an independent-minded political activist for nearly two decades.

Since joining the Republican Party in 2012, Shane has led the grassroots and developed connections with like-minded patriots throughout the state, currently serving as Chairman of the 11th Congressional District Republican Committee.